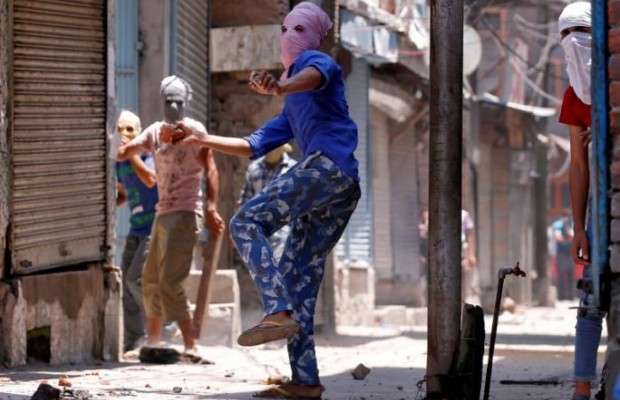 Seven people have been killed in the disputed Kashmir region in cross-border shelling by both Pakistan and India, officials on both sides of the frontier said.

The violence occurred as protesters clashed with police in Indian-controlled Kashmir as they marked the first anniversary of the death of Burhan Wani, a militant killed by the army after urging the region's mainly Muslim population to rise up against Indian forces.

Indian authorities on Friday shut down the internet in Kashmir and sealed off his home town after Wani's supporters said they would stage demonstrations to mark the anniversary.

On Saturday protesters were seen wearing face masks throwing stones at police in downtown Srinagar, the summer capital of the region. Police retaliated with teargas and stones thrown using slingshots.

Five people died on Pakistan's side of the disputed border and 10 were wounded in cross-border shelling, local police officials told reporters.