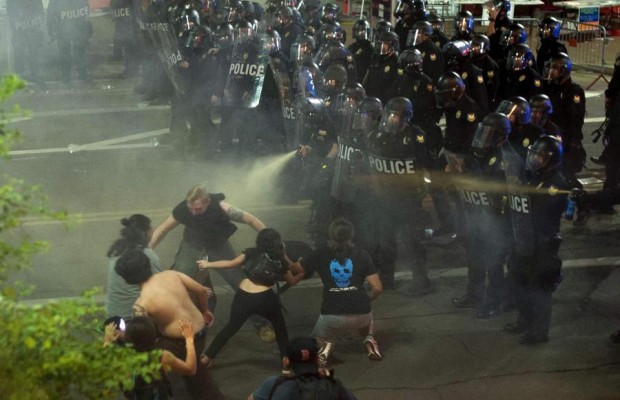 Police launched pepper spray and fired tear-gas at crowds of activists at the largely peaceful protests at the President’s speech in Phoenix.

Protesters and police clashed outside the convention centre where U.S president, Donald Trump has just wrapped up his speech, with some demonstrators apparently launching rocks and bottles at officers.

People fled the scene coughing as an officer in a helicopter bellowed through a speaker urging protesters to leave the area.

It was not immediately known if there were injuries or arrests.

Authorities were on high alert as thousands of people lined up to attend Mr Trump's first political rally since the violence in Charlottesville, Virginia.