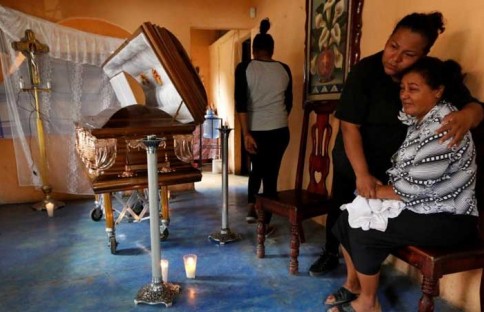 Gunmen shot dead a reporter in the violent Mexican state of Veracruz on Tuesday, authorities said, bringing to at least nine the number of journalists killed in the country this year.

Reporter Candido Rios and two other men died after being shot by the unknown assailants in the municipality of Hueyapan in the south of Veracruz, local police said in a statement.

Murders have risen significantly in Mexico during the past couple of years, and 2017 is on course to be the bloodiest year on record, underlining the failure of President Enrique Pena Nieto's government to tame the violence.

Aggravating the problem for Pena Nieto have been attacks on journalists, which have prompted some world leaders to express concerns about the matter during visits to Mexico.

Rios, who worked at the newspaper Diario Acayucan, had reported threats against his life and was registered on a national program to protect journalists, said Jorge Morales, head of a local media protection group known as the CEAPP.

According to a tally kept by Article 19, a freedom of expression advocacy group, eight journalists had been killed in Mexico during 2017 before the death of Rios.
A spokesman for the state attorney general's office in Veracruz said it was investigating the killing of Rios but declined to give details over what motivated the attack.