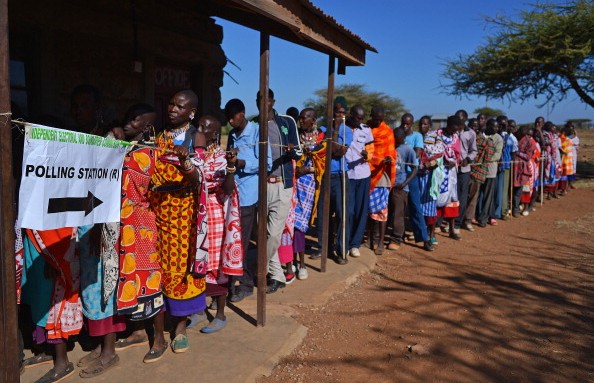 Kenyans are casting their votes to elect a president and a new parliament following weeks of campaigning and claims of a plot to rig the results.

More than 19 million voters have registered to cast their vote in Tuesday's election in 40,883 polling stations across the country.

Polling stations were crowded from the early hours of the day, with some voters queuing from 1am despite chilly weather of 15 Celsius degrees.

Odinga, 72, is running for the presidency for the fourth time.

On the eve of the vote, President Uhuru Kenyatta appealed for calm while speaking on a Kenyan TV.

He urged the 19 million registered voters to turn out in great numbers, but "in peace".