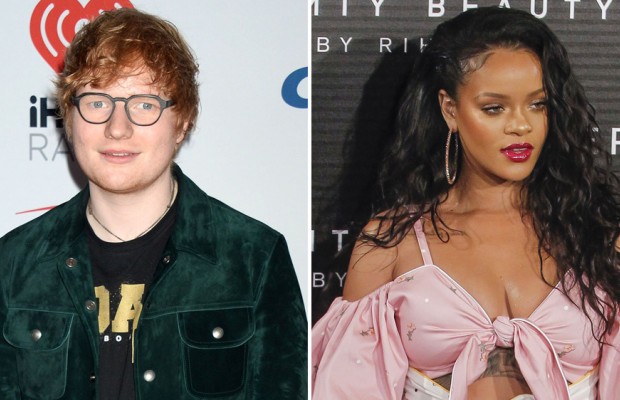 Spotify has revealed its annual Year in Music lists, showing the top artists, albums, tracks and moments of 2017.

His “÷” (“Divide”) was the most-streamed album of the year worldwide with 3.1 billion streams, and “Shape of You” became the most streamed track of all time on Spotify, now with over 1.4 billion streams.

Pop singer, Rihanna, for the third year in a row, retained the title of most streamed female artist, beating Taylor Swift, Selena Gomez and Ariana Grande.

Sheeran leads with over 6.3 billion streams this year, dethroning Drake who took the top spot in 2015 and 2016. Drake is the only top 5 artist carried over from last year.
Ed Sheeran
Drake
The Weeknd
Kendrick Lamar
The Chainsmokers

Coldplay’s collaboration with The Chainsmokers on “Something Just Like This” put them at the top of the groups list.
Coldplay
Imagine Dragons
Maroon 5
Linkin Park
Migos

Sheeran’s “Shape of You” surpassed Drake’s “One Dance” to become the all-time most-popular song on Spotify, with over 1.4 billion streams.

Sheeran’s album has racked up over 3.1 billion streams on Spotify since its release in March, making it the most streamed album of the year.
“Divide” – Ed Sheeran
“More Life” – Drake
“DAMN.” – Kendrick Lamar
“Starboy” – The Weeknd
“Stoney” – Post Malone

Top Five Tracks in the U.S.


Top Five Albums in the U.S.

Military Pension: Retired Soldiers Call On the President to Intervene