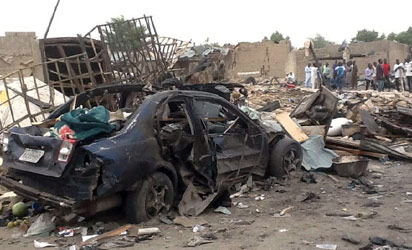 Barely 24 hours after the Federal Government and Boko Haram brokered a ceasefire deal on the Islamist group’s terror campaign in the North-east, an attack, suspected to have been carried by the sect, yesterday, left eight dead. The attack took place around the hilly communities of Dzur in Hawul Local Government Area of Borno State. In an earlier development, suspected Boko Haram insurgents, Friday evening, killed 10 persons in an attack in Malamfatori, the headquarters of Abadam Local Government Area of Borno State, bringing the number of people killed in the two attacks at the weekend to 18. Federal Government officials were, yesterday, unwilling to comment on the attacks amid the truce talks. Meanwhile, sources said that the alleged killing of the leader of Boko Haram, Abubakar Shekau, and the attendant effect on the operations of the group may have forced it to negotiate with government.