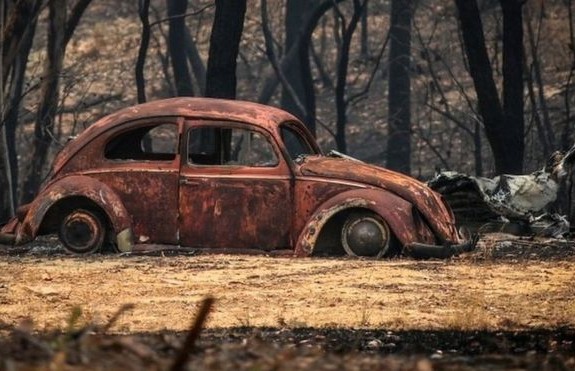 Scores of fires are burning out of control across Australia amid a heatwave that has seen temperatures exceed 40C (104F) in every state. The most dangerous fires on Monday were in the state of Victoria.

About 30,000 residents and tourists were urged to flee East Gippsland - a popular holiday region - but evacuations were later deemed too risky as fires encroached on major roads.

A volunteer firefighter died battling a blaze in the state of New South Wales. Meteorologists say a climate system in the Indian Ocean, known as the dipole, is the main driver behind the extreme heat in Australia.