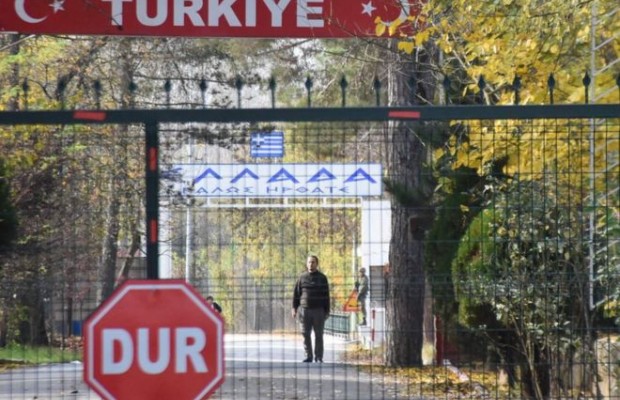 A US citizen suspected of being an Islamic State militant is stranded on the border between Greece and Turkey after Turkey expelled him.

The alleged militant was deported on Monday as Turkey launched a drive to repatriate captured jihadist fighters held in its prisons.

Greek police said they refused him entry when he tried to cross the border near the Greek town of Kastanies.

The man is reported to have spent the night stuck between the two borders. He has been named by Turkey's Demiroren news agency as Muhammed Darwis band is said to be a US citizen of Jordanian descent.

A Turkish official told AFP news agency that he had refused to be returned to the US and instead asked to be sent to Greece.

On Tuesday he was still stuck on a strip of road between the two countries and witnesses said he had been trying to shout to reporters on the Turkish side.