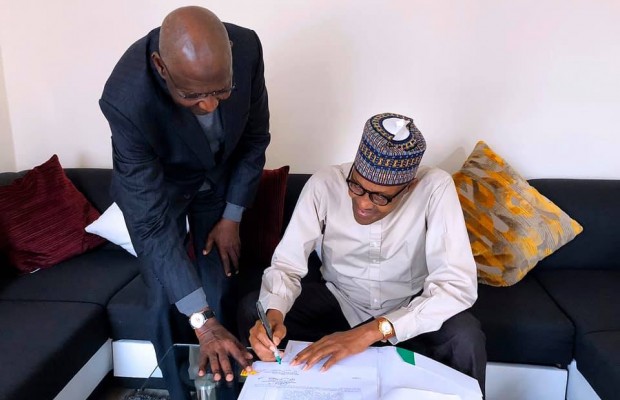 According to the president, who performed the signing in London, Monday, the move is important for all Nigerians particularly the young generation.

He said Nigeria will now receive its fair, rightful and equitable share of income from its own natural resources for the first time since 2003.

A statement from the senior special assistant to the president on media and publicity, Shehu Garba, quoted the president as saying that in 2003,  oil prices began a steep increase to double – and at times – triple over the following decade.

Garba said all those time Nigeria has failed to secure its equitable share of the proceeds of oil production, for all attempts to amend the law on the distribution of income have failed until today.

It said rapid reductions in the cost of exploration, extraction and maintenance of oil fields had occurred over these 25 years, at the same time as sales prices have risen.

The statement said a combination of complicity by Nigerian politicians and feet-dragging by oil companies has, for more than a quarter-century, conspired to keep taxes to the barest minimum above $20 per barrel.