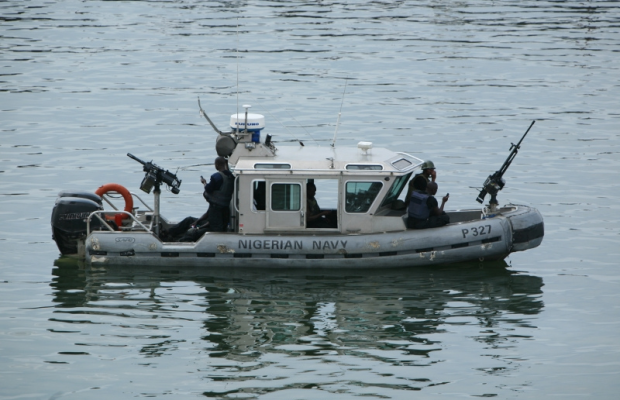 In what could be described as an innovation for curbing the spread of illegal refineries and reducing environmental pollution in the Delta territorial waters, operatives of the Nigerian Navy, Delta state command have destroyed hundreds of metal tanks used by oil thieves.

This is coming one week after the deployment of swamp buggies to the creeks by the commander, Commodore Ibrahim Dewu.

The Navy commander who led the operation on speedboat to the creeks, inspected the vastly polluted landscape before fielding questions from newsmen on the new discovery.

Commodore Ibrahim Dewu advised illegal refineries owners to key into the federal government modular refineries initiative, as the operation will be sustained.

Meanwhile, the new innovation by the Nigerian Navy has been commended by the Nigerian Society of Environment, Delta state chapter for being environment friendly, while government have been advised to sensitize the people on the dangers of destroying their environment.