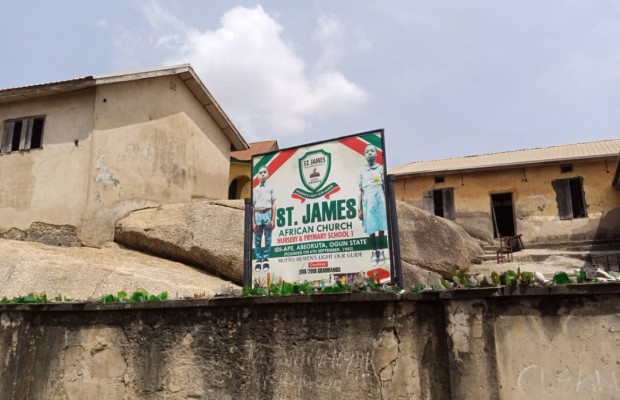 Two female pupils on Wednesday died in Ogun State following commencement of a yearly deworming exercise targeted at 700,000 school-age children across the state.

Galaxy TV gathered that they had taken deworming drugs during the school hours on Tuesday only to fall ill in the evening.

One of them was rushed to Apata-Iye Clinic and Maternity Hospital, Odo Oyo, Abeokuta, where she passed on at about 3 am on Wednesday. The second pupil was equally taken to the same hospital a few minutes later but was declared dead on arrival.

The development sparked off speculations that the hapless pupils might have died from the complications arising from the deworming drugs they took in the school.

The pupils hailed from the same neighborhood at Ademola Street, opposite African Church, Idiape, which is a stone-thrown from the school they attended.

A team from the State Ministry of Health led by Director of Public Health, Dr Festus Soyinka visited the victims' families to assess the situation, but one the victims, Keyede had been buried.

Her family resisted pressure to exhume the body for possible autopsy. They, however, had access to the body of Eniola.

The Aunt to Keyede, Mrs Oluwatosi Nasiru told newsmen that the school management had been warned not to administer the medication on the little girl, yet they went ahead.

Mrs Nasiru said an unnamed teacher forced the girl despite her resistance, noting that the victim had reacted to the drug in the evening and rushed to the hospital before she died on Wednesday morning.

She confirmed that the family failed to allow government officials to exhume the body, saying "it does not make any sense."

She dismissed the allegations that the well within the compound was contaminated.

Also speaking, the grandmother to Eniola, Fatimah Onanunga said the victim had taken the deworming drugs with a negative effect on her.

She also dismissed speculation that the well within the compound was contaminated and might have been responsible for the illness that took the lives of the girls.

Reacting on behalf of the government, Soyinka dismissed speculations that the pupils died following the medication administered on them.

According to him, the drug was administered on over 200 pupils at the same school, but only the two from the same neighborhood were affected.

He ruled out suspension of the exercise, saying the "the drugs that we use are in public parlance in terms of the information."