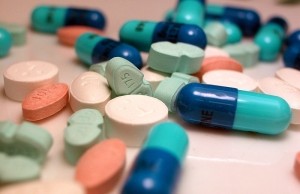 The president, pharmaceutical society of Nigeria, Pharmacist Ahmed Yakassai has revealed that  before the end of the year, the association in conjunction with relevant agencies will embark  on demolitions of illegal pharmaceutical shops that violated the rules guiding the business across the nation.

The president made this known in Ilorin while paid courtesy visit to Kwara state governor in his office , Ilorin

The president says their association was engaged in fighting fake and counterfeit drugs in the country and ensuring that there is sanity in drug administration in the country.

He announced that the federal government has agreed to close down all fake drugs stores and illegal pharmaceutical companies across the country by the end of this year.

He added that, the National Assembly had already passed the bill against the drug abuse and only require the president ascent .