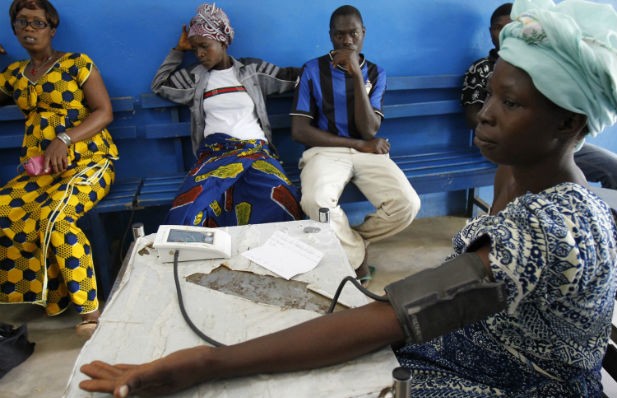 Alarming cases of high blood pressure which often lead to hypertension have been identified by a team of medical personnel in Shendam local government area of Plateau state.

The officials who were on a medical outreach said immediate steps need to be taken by the Local authority and the people to arrest the epidemic.

They blamed the development on poor nutrition and other ways of life practiced by the people.

Leader of the medical team,  Dr Benjamin Dashat said they were able to treat many and provide counseling to the locals on how to manage their high blood pressure and diabetes.

He added that the objective of the exercise is to provide free medical care to the downtrodden in view of the harsh economic recession facing the nation. The management committee chairman of Shendam LGC , Alex Naatuam, appreciated the gesture.

The commissioner for health Plateau state, Dr Kuden Kamshak said the authorities in the state are not unaware of some health challenges that are peculiar to different areas in the state hence, the medical outreach to assist in ameliorating the suffering of the people. The district head of Shendam, Kenneth Kwaptoe, asked that such medical assistance be done regularly.

The organizers said over 1000 optical and other surgery cases where treated.

Nurses threaten to down tools