Nearly two months after they were kidnapped in northern Cameroun, by gunmen suspected to be members of the Boko Haram terrorist group, two Italian priests and a Canadian nun were released by their captors.

According to the Cameroun’s Communication Minister, the priests who were kidnapped early April, were released yesterday.

Church authorities identified the priests at the time of their abduction as Giampaolo Marta and Gianantonio Allegri, missionaries from the diocese of Vicenza in northeast Italy, and the nun as Gilberte Bissiere.

“I confirm the release of the two priests and the nun abducted a few weeks ago. They are in good health. They are now in a plane heading to Yaounde,” Communications Minister Issa Tchiroma Bakary told Reuters by phone.

“We thank the Lord that this dramatic episode has reached a positive outcome,” Lombardi said.

According to Reuters, Pope Francis had followed the affair closely, he said, and was informed immediately of their release.

The priests had been working on improving water supplies and fighting the spread of HIV/AIDS, as well as their religious duties, according to their diocese website.

One of the priests said in a letter to his diocese - posted on its website - that local authorities had advised him to travel with a police escort due to the deteriorating security situation in northern Cameroun. 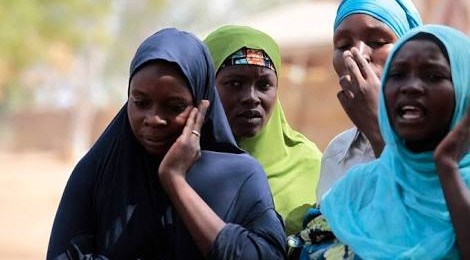