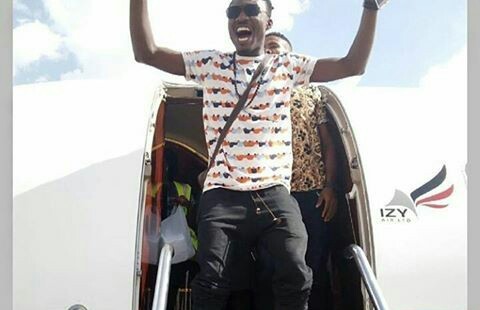 The Big Brother Naija 2017 Winner, Efe shared on his social media page a video of him taking a private jet to Jos yesterday Friday 28th April, 2017,  for his Homecoming party while thanking God for bringing him thus far.

“I dey fall into my private jet based on logistics", “Na just yesterday I dey trek, today I dey private jet!” he said.

In another post, the Warri hero who recently dropped a single named after his favourite slang, said, “This is d manifestation of God’s grace…seek him n ur life will be full of joys.”

Meanwhile, the BBnaija winner was recieved by the the Commissioner for Tourism, his family, members of TeamEFE at the airport, and then by the Plateau State Governor, Rt Hon Simon Lalong at the new government house little Rayfield, Jos.