The Kano State Government is to spend more than  N1.7 billion in the training of 100 graduates as pilots in Jordan.

Gov. Rabiu Kwankwaso of Kano announced the plan at a send-off for the trainees,  adding that the state would spend more than  N10.7 million on each student.

He said the gesture was part of the government’s determination to empower the people and make them self-reliant.

The governor urged the beneficiaries to be good ambassadors of their families, the state and the country.

``To whom much as given, much is expected. The state government has spent a lot on you and you should give the best back.

``Do not use the opportunity to afterwards to steal from government and deprive the people of their rights,’’ he said.

In an address, a former Presidential Adviser on Aviation, Capt. Shehu Iyal, urged the beneficiaries to use the training as a way of improving the aviation sector of the country.

He said that this was a rare opportunity for the beneficiaries to improve their status and expose the potential of the state.

A representative of the parents of the beneficiaries, Hajiya Hauwa Mohammed, commended  Kwankwaso for the gesture and prayed God to continue to guide and protect him.

``Ordinarily, this is what we should be doing. The gesture is encouraging for other parents that a chance will come to them, too.

``We also pray that other northern governors will copy this kind gesture so that more of the people will benefit,’’ she said.

The students will spend 18 month at the Mideast Aviation Academy in Jordan. 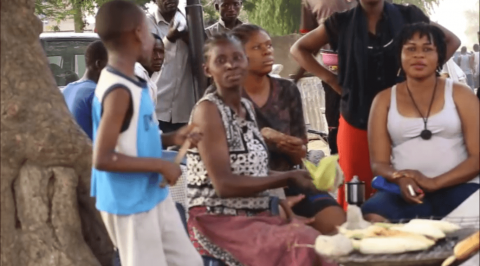