The attack is coming on the heels of the  Kano State Government ban on okada riders in the 8 municipal council areas that make up the commercial city.
Eyewitnesses  told Galaxy Tv News, that the gunmen arrived the relaxation spot on three motorbikes and  opened fire on fun seekers, causing pandemonium among residents and passersby.
our correspondent gathered that JTF operatives arrived the scene  after the gunmen had escaped.Galaxytv news also learnt that the security agents on arrival took stock of the casualties and conveyed both corpses and the injured to the Murtala Muhammad Specialist Hospital, Kano.
Police Public Relation officer of Kano Command ASP Magaji Musa Majia confirmed the incident but said; “detail are sketchy about the incident.” He however promised to give  details as soon as they were available to him.
Ban on motorcycle
The ban was announced on Tuesday after after Emir of Kano was attacked by men riding on bikes. The Kano State Government has banned the use of motorcycles, popularly known as Achaba, for commercial purposes in the city.
Kano reportedly has the highest number of commercial motorcycles in the country with conservative estimates putting the number of riders in the state at about one million.
The ban follows similar adoptions by state governments which they say curbs incidents of crime. Many crimes, particularly attacks on security operatives in the Northern Nigerian State, were carried out by men on motorcycles.

Obama Sworn In For Second Term,Urges End To Political Name-Calling 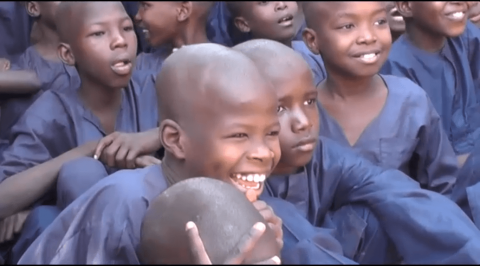