The Inspector General of Police, Solomon Arase has issued a one week ultimatum to officers and men of Ogun State Police Command to Fish out the Killers of the Iyaloja General of Ijebuland, Alhaja Sadia Elewuju.
The Commissioner of Police in the State, abdul-Majeed Alli who handed down the instruction of the Inspector General of Police while addressing officers of the Command in Ijebu Area Command said every resources must be deploy in achieving this target.
‎
Authorities of the Nigeria Police Command has taking over the assassination of a community leade and the Iyaloja General of Ijebuland, Alhaja Sadia Elewuju who was assassinated on Wednesday by unknown assailants.
Alhaja, Elewuju, 82, was murdered on Wednesday when her assailants, six in number invaded her Itorin-Sabo home, Ijebu ode, shooting and matchetting her before disappearing‎.
Notable personalities and other Sympathisers within and outside the state have continue to visit the ijebu residence of the late Iyaloja to commiserate with the family of the deceased while a condolence register has equally been open in her memory.
Barely 48 hours after the incident of the Iyaloja, ‎the authorities of the Nigeria Police force has order a proper investigation into the murder of the community leader and the arrest of the masterminders of the crime.
Speaking at the ‎Itorin-Sabo residence of the late Iyaloja, which is his first official assignment, Alli sympathised with the family of the deceased urging them to receive the incident as an act of God.
The new Commissioner of police in Ogun State, Abdul-Majeed Alli has visited the scene of the crime and the family of the deceased and promised to arrest the master minders of the crime.
He maintained that the way and manner the Iyaloja was killed was not acceptable adding that, this has prompted the authorities of the force to order proper investigation into the matter and the arrest of those behind it within one week.
Alli revealed that the command has spread it drag net of investigation network across the state in order to ‎unravel the circumstances that led to the death of Late Elewuju and those behind the act.
The Commissioner of Police who claimed that the incident was the first acid test for his leadership as the new police Boss in the state, enjoined the family members of the deceased to cooperate with the command in it bid to conduct proper investigation innto the incident.
He assured that necessary machinery including men and materials, that would ensure speedy conclusion of the investigation on the matter would be deployed noting that, in the next few days, the command would record breakthrough on the incident.
On the state of security in Ijebu area, Alli said he the terrain of Ijebuland and entire ogun state is not new to him adding that, having receive an update about crime rate in the state, he has set up some teams, especially in Ijebu to ensure adequate security of lives and property in the area.
Speaking with Journalists on the incident, some siblings of the late Iyaloja General of Ijebuland,
Alhaji Gani Sote and omotolu lawal described the deceased as an influential personality who pioneered all the markets in Ijebuland.
They commended the prompt response of the police to the scene of the incident as well as other support from the Area Commander of Ijebu-Ode and his men to the family.
Late Alhaja Sadiat Elewuju was installed as the Iyaloja General ‎of Ijebuland by the Awujale and the Paramount Ruler of Ijebuland, Oba (Dr) Sikiru Adetona.

The following 1 pages may interest you as well: 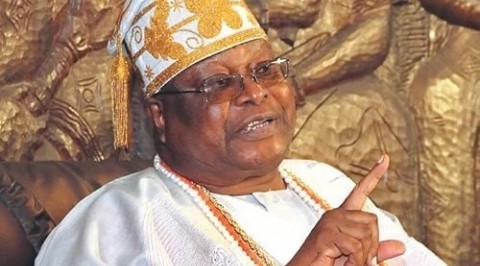 Awujale warns against imposition of successor