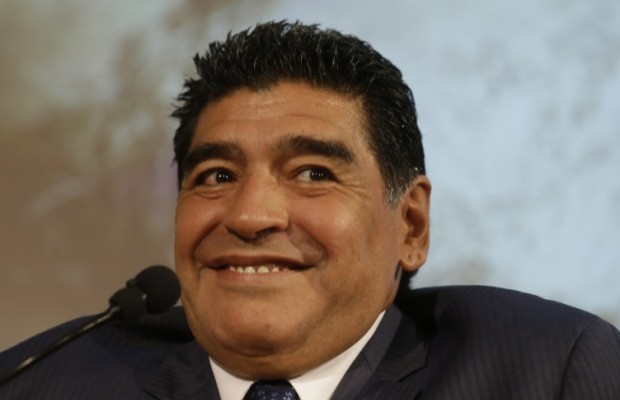 Diego Maradona has big plans for young Nigerian striker Danjuma Kuti at United Arab Emirates  club Fujairah.Maradona has picked special interest in the 19-year-old Kuti, who only recently moved to the UAE, and has even brought him to train with the senior side.

A statement  from  UAE Sports Agency to SCORENigeria  revealed that Maradona had been most impressed by how prolific the striker has been.

Kuti is the leading scorer of the youth team, who top the UAE Youth League table.Last season, the youth team were crowned champions of the U19 league after Kuti put them ahead by scoring the only goal in a keenly contested match against Al Wasl F.C.

Maradona, who guided Argentina to triumph  at the 1986 World Cup in Mexico,  now wants the young striker  to join Fujairah’s first-team, but only two foreign players are allowed by the UAEFA and already Omar Kossoko from France and one other foreign player have been registered in the first division league competition.