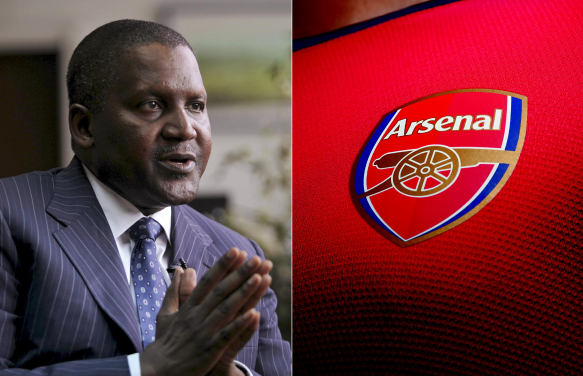 Africa’s richest man, Aliko Dangote, 60, has renewed his interest in acquiring English Premier League giants, Arsenal. And if the wishes of the Nigerian billionaire come true, Arsene Wenger’s days as manager of the North London club are as good as over.

The Kano-born entrepreneur reported to be worth £8.6billion is a known Arsenal fan and has never hidden his interests to acquire the club if owner, Stan Kroenke, is willing to sell.Dangote said the first thing he would do on acquiring the club is to change the coaching personnel.