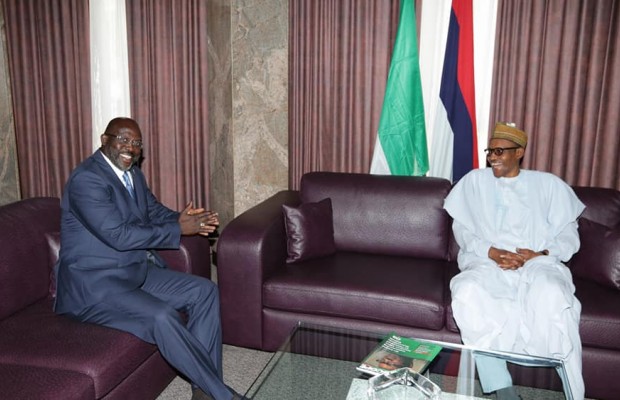 Liberian President, George Weah,  has said  early preparations will  enable the  Super Eagles  to make an  impact  at  the Russia 2018 World Cup.

The  1995 African, European and  World Player of the Year made the call in an interview after meeting with President Muhammadu Buhari behind closed doors at the Presidential Villa, Abuja.

Weah  also urged Nigerian sports authorities to provide an  environment conducive  to  the national team during their camping ahead of the World Cup.

The former AC Milan striker  said, “I think the Nigerian team are a model, we all followed them. I have played with great Nigerian players, I played against them. Now you have a new generation, the fact that they qualified  (for the World Cup) is a good thing for Nigeria.

“But I hope that they will prepare very early because they are going to represent Africa and we will be there to watch them, for them to bring the trophy for the first time if it is possible.

The former Liberia captain said   he played in Europe  where players do  not have to worry about anything when they are  in camp.

Weah said he had already approached the World Bank which is offering Liberia $5m to revamp the country’s sports sector.He said as a former coach, technical director and former sponsor of the national team, he would personally monitor developments in the sector.

He  said he appointed a former player as sports minister and that he would work with the minister to revamp  the national team.