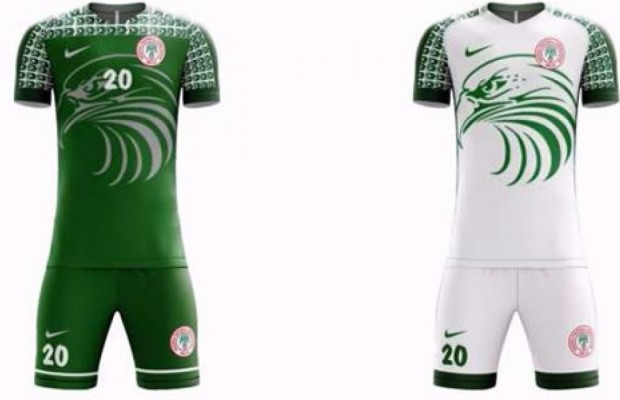 Super Eagles' new jersey for the 2022 FIFA World Cup qualifying round is set to be unveiled on February 5 in the United States of America. The new line of jersey it was learned may also be used by the three-time African Cup of Nations winners in the AFCON 2021 qualifying campaign, which resumes in March.

Nigeria wowed the world with their jerseys at the last FIFA World Cup in Russia, with fans flocking to top shops to buy the kit designed and produced by leading sports kit manufacturers Nike to purchase their authentic Eagles jersey.

It is recalled that scores of fans lined Oxford Street in London for hours on end to get the chance to pick up at the genuine Eagles jersey prior to the Russia 2018 World Cup and with the new launch of the jersey coming in over a week's time, President of the Nigeria Football Federation, Amaju Pinnick anticipates a longer queue for the Nigerian jersey.