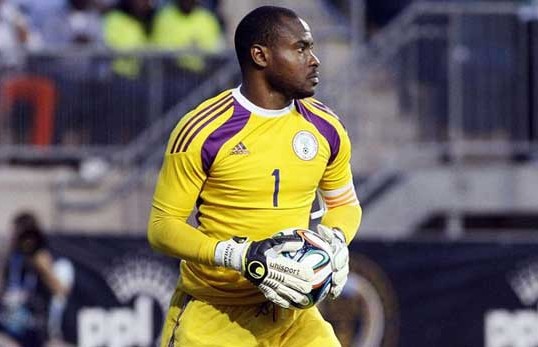 Super Eagles coach Gernot Rohr has expressed optimism over the return of Lille goalkeeper Vincent Enyeama to the national team but ruled him out of the crucial 2018 World Cup double-header against African champions Cameroon, scheduled for September 1 and 5 in Uyo and Yaoundé respectively.

Enyeama, Nigeria’s most capped player, quit international football in 2015 after a bust-up with then Eagles coach Sunday Oliseh, who had stripped him of the captain’s armband.

The 2013 AFCON winner has since rebuffed moves — even from Rohr — for his return to the Eagles even as the team suffered a goalkeeping crisis after Wolverhampton Wanderers first choice Carl Ikeme was diagnosed with acute leukemia in July. Chippa United keeper Daniel Akpeyi has come under severe criticism for his below par outing in the 2-0 defeat to South Africa, the Eagles first in a competitive game against Bafana Bafana, in a 2019 AFCON qualifier in Uyo on June 10.