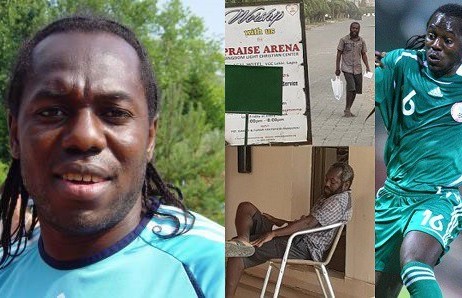 Former Super Eagles midfielder Wilson Oruma is recuperating in a Lagos hospital following a relapse of his mental breakdown.

Oruma has been in the news recently following reports that he is suffering a relapse of mental breakdown which he first suffered after he was duped N1.2 billion by a clergyman and fake businessman in 2012.

New photos emerged of the former midfielder not looking his best self but his younger brother Dominic Oruma has revealed that he is in a Lagos hospital.

“Wilson is doing very fine he is in a hospital in Lagos. Doctors think he won’t spend a long time in the hospital, he is in great spirit.”he said.

Following reports of Oruma’s ordeal, there have been calls for his former colleagues to donate money for him but his brother insists that the family is not in any financial distress and not asking for any help.

Nigeria picks camp base for Russia 2018