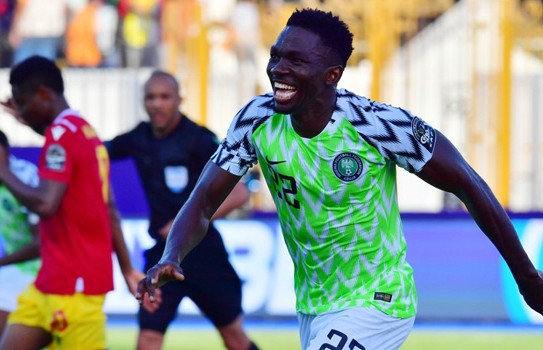 NGSuperEagles made it to the knockout phase of the 2019 African Cup of Nations as the first and only team to qualify to the next round after claiming six points from two matches.

Nigeria’s Super Eagles defeated Guinea 1 - 0 to become the first team to reach the last 16 at the 2019 African Cup of Nations.

The Super Eagles qualified for the next stage after a Kenneth Omeruo strike gave them a 1-0 victory over Guinea, taking their points tally to six in Group B.

Guinea’s loss leaves them with a point from two games, while Madagascar who takes on Burundi in the second group game has a point.

Burundi is last on the table with no point, thanks to their loss to Nigeria in the group opener.