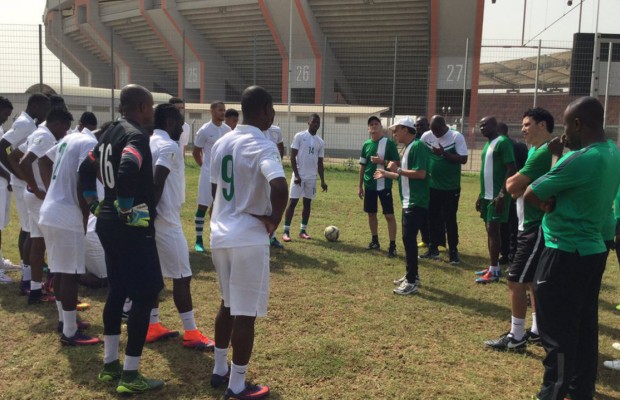 The Nigeria football Federation (NFF) has for the umpteenth time assured Nigerians that they have nothing to fear from the visiting DR Congo contingents, whose team is billed to face the Super Eagles in an international friendly in Port Harcourt on May 28.

The federation has also revealed that all the monies needed for the Super Eagles’ allowances before and during the Russia 2018 World Cup has been secured. The federation specifically said it has received $2.8 million for its activities leading to the World Cup.

the 30 players listed in the Super Eagles’ provisional list for the World Cup would start coming into the country today, adding that the Eagles Manager, Gernot Rohr will start training with the team for the Mundial this week.

Meanwhile, the Nigeria Football Federation (NFF) has confirmed that it is ready with every money agreed with the Super Eagles going into the World Cup.the early release of $2 million from the world football governing body, FIFA has helped in ensuring the NFF meets its financial obligations to the players ahead of time.The NFF President, Amaju said yesterday that the federation was excited that its effort at ensuring a distraction-free campaign has been achieved.

The NFF signed an agreement with the players just before their friendly match against Argentina in Russia, which the Super Eagles won 4-2.

Apart from securing the needed cash for the Russia 2018 outing, the NFF is also ready with the appearance fees for the games against DRC Congo in Port Harcourt this month and the game against the Three Lions of England at the revered Wembley Stadium.