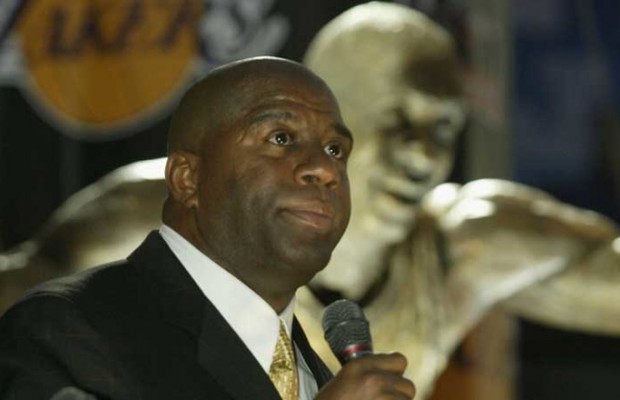 LA Lakers great Magic Johnson has returned to the Los Angeles Lakers as an adviser to owner Jeanie Buss.

The Lakers are struggling again this season after three years of decline in which they have posted the worst results in their history.

Three-time Most Valuable Player Johnson spent his entire 13-year career with the Lakers, winning five championships with the franchise.

"I'm overjoyed to be back home with the Lakers," Johnson said.

"I will do everything in my power to help return them to their rightful place among the elite teams of the NBA," added the 57-year-old.

He will assist Buss "in all areas of basketball and business", the franchise announced.

"We are thrilled and honoured to add Magic's expertise and abilities," Buss added.

Johnson was an honorary vice president of the Lakers until last year and held an ownership stake until selling it in 2010.