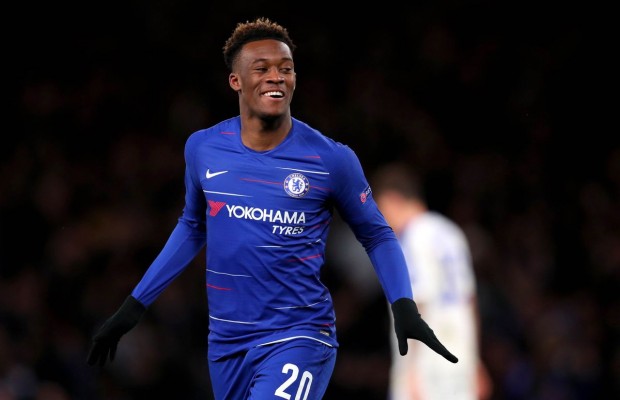 Callum Hudson-Odoi has finally agreed to sign a new long-term deal with Chelsea in the coming weeks after a period of informal negotiations between the club and the player’s representatives.

No paperwork has officially been signed, however, both Chelsea and Hudson-Odoi are satisfied the new deal can be concluded without any significant hitches, with the 18-year-old set to earn up to £100,000-per-week.

Despite an initial reluctance to commit his future to the club he joined as a seven-year-old, Hudson-Odoi has steadily been persuaded to remain at Chelsea over the past months, buoyed by a string of first-team appearances under Maurizio Sarri and his full England international debut, before a ruptured Achilles brought an early end to his season.