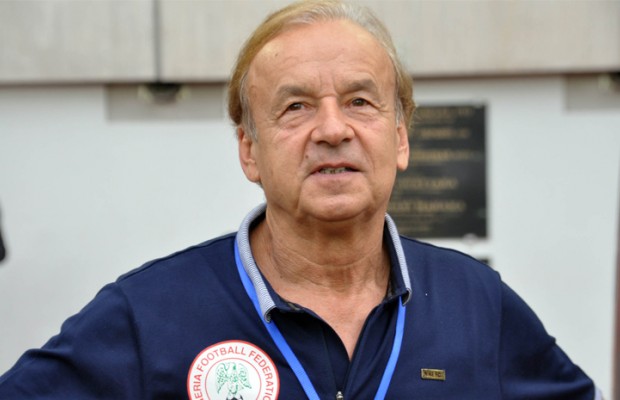 Five weeks before Gernot Rohr must announce a 35-man provisional roster for the 2018 World Cup, the Nigeria manager will be worried after one of the key players certain to make the squad list picked up an injury.

In the 28th round of matches in the Turkish Super Lig against Kayserispor on Saturday, Trabzonspor star Eddy Onazi had to be replaced after 28 minutes after suffering an injury.The degree of the central midfielder's injury has not yet been ascertained but he was seen holding his right hamstring prior to his substitution.

Onazi missed the Super Eagles matches against Argentina and Algeria last November after suffering a relapse of a groin injury he sustained while on international duty.The 25-year-old is one of the most experienced players in Nigeria's squad, having represented the country at the 2014 World Cup and earning his first cap six years ago.

Meanwhile Onazi  believes he will be fit to play again.The Nigeria vice captain was replaced in the 28th minute of Trabzonspor’s win for Ugur Demirok and could miss their next game against Osmanlispor on Monday.