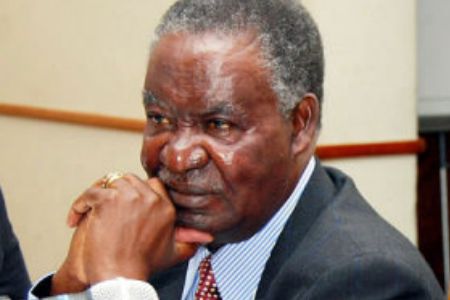 Zambian President Michael Sata has died in London, where he had been receiving treatment for an undisclosed illness, the government said. Roland Msiska, secretary to the Zambian Cabinet, said in a statement on Wednesday that Sata died late on Tuesday in London, where he was being treated. "As you are aware the president was receiving medical attention in London," Msiska told state television. "The head of state passed on in October 28. President Sata's demise is deeply regretted. The nation will be kept informed on burial arrangements." Msiska says Sata's wife, Christine Kaseba, and other family members were with the 77-year-old president when he died. Sata had left Zambia for medical treatment on October 19 accompanied by his wife and family members, according to a brief government statement that gave no further details. There had been no official update on his condition and acting president Edgar Lungu had to lead celebrations last week to mark the landlocked nation's 50th anniversary of independence from Britain. For supporters who voted him into office in 2011 he was a no-nonsense man of action. For critics, the former policeman, trade unionist and taxidermist was an authoritarian populist.