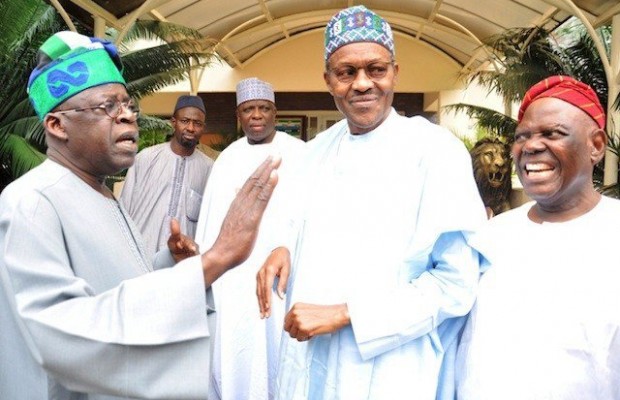 Two leaders of the All Progressives Congress (APC) Ahmed Bola Tinubu and Bisi Akande have arrived the Presidential villa to dicusss with President Muhammadu Buhari.

The duo arrived for a closed-door meeting with the president around 3pm.

Although issues to be discussed at meeting are uknown yet but many believe it is not unconnected with Tinubu’s new assignment to reconcile warring factions of the ruling party as well as the coming general election next year.

Although, he had  a brief meeting with the president, General Abubakar declined comments when he emerged from the president's office.

The president has been recieving very influential Nigerians lately.