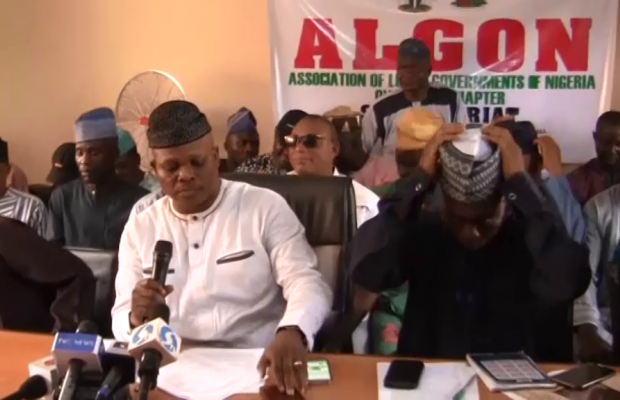 Local government employees in Oyo State are currently in panic, following a directive by the embattled state Chairman of the Association of Local Governments of Nigeria, Ayodeji Aleshinloye, asking the sacked council bosses to take over their various councils today.

It was gathered that the directive was a sequel to the move by Governor Seyi Makinde to appoint caretaker chairmen into the local government areas and the local council development authorities in the state, in disregard of a court injunction.

Workers in the 33 local government areas and the 35 LCDAs were said to be apprehensive of their safety as a result of the directive.

The sacked council chairmen had condemned their removal as chairmen, saying that the state governor had exhibited flagrant disobedience to court orders.

Aleshinloye, in a statement made available to journalists in Ibadan on Tuesday, said the decision to resume in the councils was reached at an emergency meeting held at the ALGON secretariat in Ibadan.

He maintained that having explored all legal means and following what the Supreme Court said in respect of the inability of either the state governor or the state House of Assembly to dissolve the democratically elected local governments chairmen and councillors, we hereby direct that all the local government chairmen and councillors that were democratically elected should resume at their duty posts and respective offices on Wednesday, December 18, 2019.

Aleshinloye stated that any caretaker, who is poised to forcefully take over their right of place, should not be given a chance.

The ALGON boss stressed that all necessary precautions have been taken as both the Commissioner of Police, Oyo State; the Director, Department of State Services; and the Garrison Commander, 2nd Division, Nigeria Army Headquarters, Adekunle Fajuyi Military Cantonment, Ibadan, have been duly notified on the illegal move by the governor and the ugly incident that might follow should he carry out his plan on the appointment of caretaker committees for local government councils and LCDAs

When contacted, the Chief Press Secretary to the Governor, Taiwo Adisa, says in as much as there is freedom of expression at the level of democracy, the government would not condone any step that can lead to a breakdown of peace.

He added that the Seyi Makinde led government believed that the security agencies would be alive to their responsibilities in ensuring that peace is sustained.

Our Correspondent learnt that security has been beefed up in all the 33 local government councils in the state to forestall breakdown of law and order.