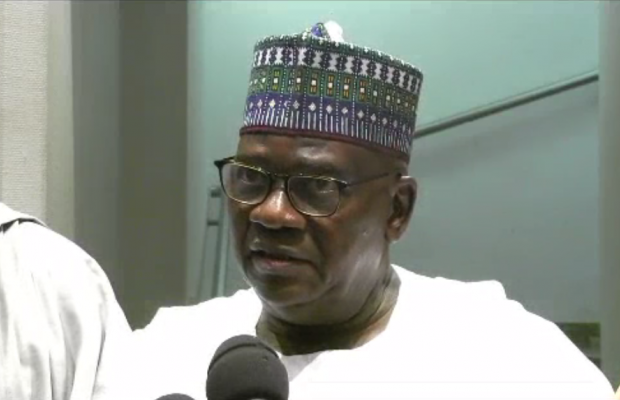 Former governor of Gombe state and  Chairman of the Senate Committee on Appropriation, Danjuma Goje has stepped down for the Senate Leader, Ahmed Lawan, in the forthcoming 9th National Assembly Senate Presidency race.

The former governor had indicated interest to run for the number three man office when the red chamber is inaugurated on Tuesday, next week.

Addressing journalists after a meeting with President Muhammadu Buhari at the Presidential Villa Abuja, Thursday, Goje said he took the decision as a sign of respect for the President and to obey the decision of the All Progressives Congress (APC).

Asked if he was compelled to step down from the race, the ranking senator he was not coarse but yielded to help the president achieve his administration’s developmental goals.

Goje insists that he is supporting Lawan based on his conviction that he is doing the right thing for the country.

Elated Senate majority leader, Ahmed Lawan saw Senator Goje’s endorsement as that will bring so much unity in APC and the entire Senate.

He believes the endorsement will keep them focused as they go to the ninth Senate.