The human rights community in Nigeria is in great mourning today as news filtered out of the death of radical lawyer and activist, Bamidele Aturu.  Mr. Aturu died today after a period of an undisclosed illness. He was 49 years old.

The late lawyer was one of the founding members Democratic Alternative, a political group committed to pursuing deep-rooted democratic principles and holding those in power accountable to the governed.

He came to prominence as a fighter against power abuses when, as a member of the National Youth Service Corps, he refused to shake the hand of a military administrator  of Niger State, Col. Lawan Gwadabe in 1988 during his NYSC passing out parade declaring that the military had caused great harm to the democratic aspirations of Nigerians.

Mr. Aturu studied law at the University of Ife, and devoted much of his legal practice to representing marginalized or oppressed individuals and groups.

The late activist was nominated as a member of the ongoing national confab, but he renounced his membership, arguing that the conference was designed to achieve nothing.

A human rights activist in Abuja stated that Mr. Aturu's death "has created a huge void in the camp of those of us working to enthrone a solid democratic culture where political power is deployed to serve the interests of the generality of citizens." 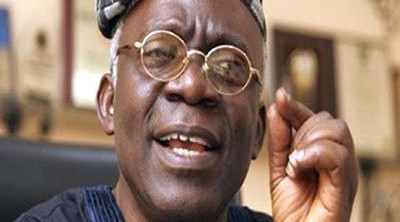