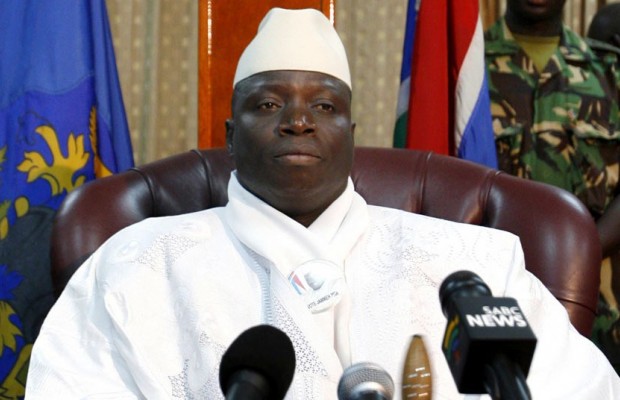 Following the raging political unrest in the country, the Gambian parliament has extended President Yahya Jammeh’s tenure by 90 days.

The tenure of the embattled president is expected to end on Thursday.

The parliament also approved Jammeh's decision to declare a 90-day state of emergency.

The power tussle in the country had assumed a new dimension the moment Jammeh, who had earlier accepted his defeat at the poll made a diplomatic u-turn.

Meanwhile, leaders of West Africa member countries had severely attempted to persuade Jammeh to concead to defeat and vacate office, but all spirited attempt fell on deaf ears as the long-serving leader had vowed to clinch to power till May.

Cosequently, the leaders in the region have threatened to use military force to oust Jammeh if he refuses to hand power to President-elect Adama Barrow on Thursday.

To further put pressure on Jammeh to change his mind, Nigeria military, in collaboration with other ECOWAS member contries, has deployed warship Regional bloc Ecowas while ECOWAS has prepared a Senegal-led force.

Reacting to this deveploment on Tuesday,  Jammeh said any acts of disobedience to the laws of The Gambia, incitement of violence and acts intended to disturb public order and peace were banned under the state of emergency.

He claimed that the security forces were instructed to “maintain absolute peace, law and order”.

The parliament also passed a motion condemning what it called the “unlawful and malicious interference” of the African Union and neighbouring Senegal in The Gambia’s affairs.

Accordign to reports, thousands of UK and Dutch tourists are being evacuated from The Gambia. The country is popular with European holidaymakers because of its beaches.