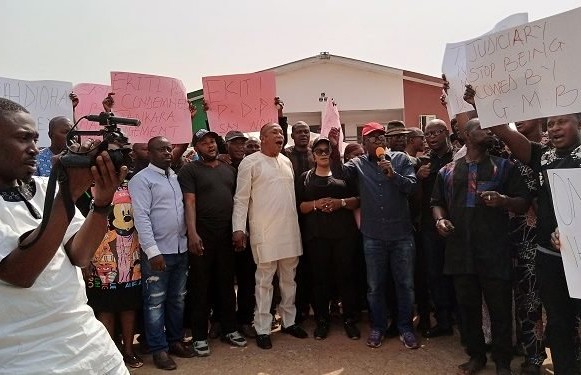 The Ekiti State Chapter of the Peoples Democratic Party, PDP have joined the call for the review of last week's Tuesday supreme court judgment that sacked Emeka Ihedioha as Imo State Governor.
Members of the PDP who gathered at the State Party Secretariat in Ado-Ekiti, say they are toeing the path of concerned Nigerians who want the National Judicial Council, NJC, to query the Justices that sat on the Imo State Governorship Election tussle.
The State Chairman, who addressed Journalists, said the judgment is not good for the nation's democracy; and alleged that the governing party - APC is in connivance with some Judicial officials to forcefully have Governors and Representatives at all the six geopolitical zones - especially at the South East States