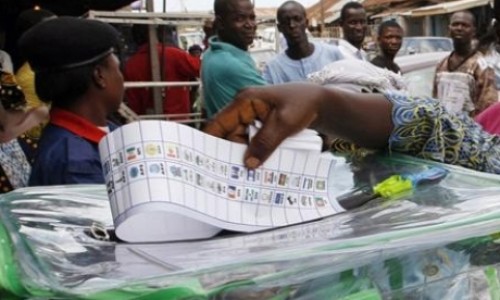 Barely five days after the conduct of the Delta state local government election which was marred by alleged irregularities, and condemned by members of the human rights communities, the state police command in his first statement after the election have arrested two officials of the Delta State Independent Electoral Commission(DSIEC), who were believed to have been the kingpins behind missing sensitive materials. Acting police public relations officer ASP Roland Preston, stated that the DSIEC officials Mr.William Oyiboka and Mrs. Glory Ugbiwere arrested at Oleh in Isoko South local government area of the state, after diverting the materials and later resurfaced to claim the materials were snatched from them by political thugs. In the meantime, vehicles allegedly used for the hijack of sensitive materials by political thugs during the council elections in Warri have been recovered by the police . According to the police spokesperson, the vehicles includes a Lexus Jeep and a Mercedes V boot with a Delta registration number, while the police are on the trail of the suspects.