Court Gives Nod On Prisoners Right To Vote In Benin 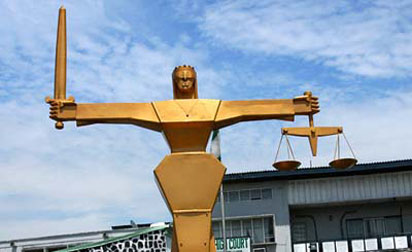 A Federal High Court sitting in Benin, Edo State, on Thursday ruled that inmates of prisons in Nigeria have the right to vote in all elections conducted in the country.

The Independent National Electoral Commission (INEC) and the Controller of Nigeria Prisons Service who are the defendants had kicked against under section 25 of the constitution the plaintiffs are not entitled to be registered as voters and as such not entitled to vote.

Justice Mohammed Lima, who presided over the case refused to grant the same privilege to other prisoners across the country. However said any inmate who wishes to should follow the appropriate procedures to vote.

The court directed that all such acts necessary for the plaintiffs to vote be made by the defendants forthwith, while restraining the INEC and Nigerian prison service from disturbing. Precluding, discriminating, and secluding inmates from participating in election conducted in Nigeria forthwith.

In a suit filed with registration number,  FHC /B/CS/12/14, the plaintiffs had  declared that the first defendant which is INEC denying them the right to vote is unconstitutional, illegal and of no effect whatsoever.

The counsel to the claimants, President Aigbokhan who spoke to newsmen shortly after the judgment said the judgement is a victory to prison inmates and indeed human right.

The defense counsel,  who also spoke to newsmen Mrs. Doris Owolabi said they will go through the judgement before they take further steps.

The Judgement is however seen as a victory for prisoners who for long have being the right to vote.