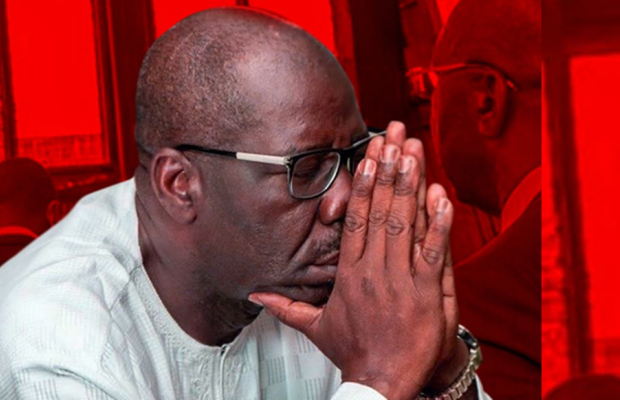 The Federal High Court sitting in Abuja, on Monday adjourned till Wednesday hearing in the University of Ibadan Degree alleged certificate forgery case instituted by the APC against Edo state governor, Godwin Obaseki.

Galaxy’s Godfrey Eshiemoghie reports that although the suit was slated for hearing this Monday, Justice Ahmed Mohammed, however, put it off till Wednesday following submissions by Ken Mozia [SAN], counsel to Obaseki, that all pending motions relating to pleadings must be resolved first before going into the substantive matter.

Mozia asked the court to allow him to move his motion challenging the competence of the reply filed by the APC to the defence of governor Obaseki in the matter.

The PDP through its counsel Razak Isenalumhe aligned with Obaseki’s position on resolving pending matters before delving into the main one.

In a short ruling, Justice Mohammed held that the motion of Edo state governor challenging the competence of APC’s reply to his defence is fundamental as it is related to the pleadings and has to be resolved first.

The judge said the filing of pleadings cannot be said to have been completed when a motion challenging the competence of a reply to the defence has not been replied.