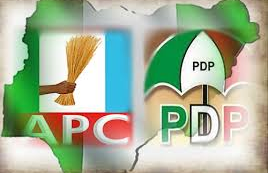 The Petitioners at the Kano state governorship elections tribunal, The People's Democratic Party and their candidate, Abba Yusuf who are seeking the cancellation of the March twenty-third rerun governorship election which gave governor Abdullahi Ganduje victory, said Ganduje and his Party, the All Progressive Congress have not been able to contradict their stance in the tribunal.

Counsel to the defendants, Ibrahim Muktar said the All Progressive Congress has closed its defence at the tribunal. Consequently, the chairman of the tribunal Justice Halima Shamaki to fix September eighteen, 2019 for the adoption of final addresses for both the appellant and respondents.

Both parties have expressed hope of clinching victory at the tribunal.