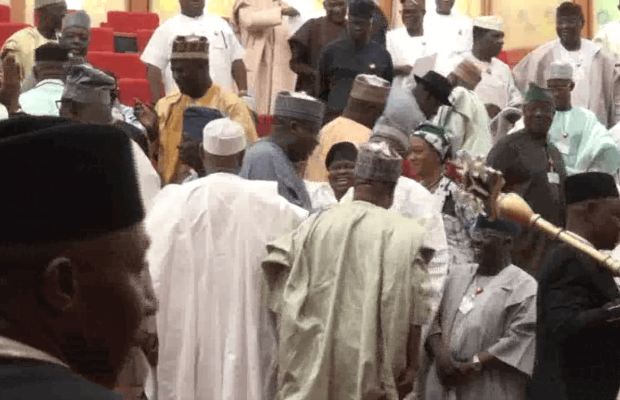 Legislative business commenced in the 9th Senate Thursday since the change of leadership and the inauguration of senators-elect in the National Assembly on Tuesday.

Thursday’s Senate plenary was the first to be presided over by Ahmed Lawan since assuming office as Senate President.

Proceedings in the 9th Senate commenced at about 10:19 am when the Senate President, Ahmed Lawan in company of his Deputy, Ovie Omo-Agege made an entrance into the Senate chamber.

A major highpoint of legislative business for Thursday was the swearing-in of Rochas Okorocha as Senator representing Imo West, this coming two days after the issuance of his certificate of return by INEC.

As a way of commencing deliberation on the floor of the red chamber, Plateau North Senator of the opposition PDP, Istifanus Gyang, under matters of Urgent Public Importance, Requested to be granted audience to speak on the inauguration day speech of the President, Muhammadu Buhari.

But that was not to be as his motion was thrown out after a voice vote.

On his part, Ekiti Central Senator, Opeyemi Bamidele noted a constitutional matter as it concerns how the Senate President should be referred during plenary, he stressed that the right name is the President of the Senate.

In separate motions, the Deputy Senate President requested that notification of the change of Senate leadership be sent to President Buhari, while that congratulating the Speaker of the House and his Deputy be communicated as well.

International Parliamentary bodies and the Office of the Secretary to the Government of the Federation were also included in the list of those to be reached.

The Senate then moved into an Executive session that lasted about an hour, following which Ahmed Lawan announced the set-up of a 12-member ad-hoc committee that will carry out the task of allocating sitting arrangement and offices for the Senators.

Meanwhile, the Senate has adjourned plenary for two weeks, with Tuesday 2nd July being the date for resumption. 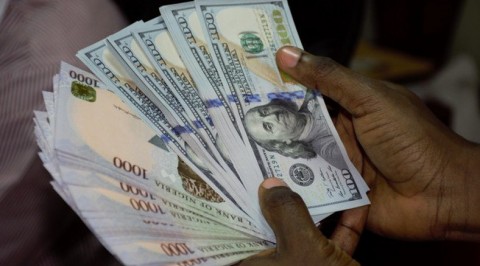