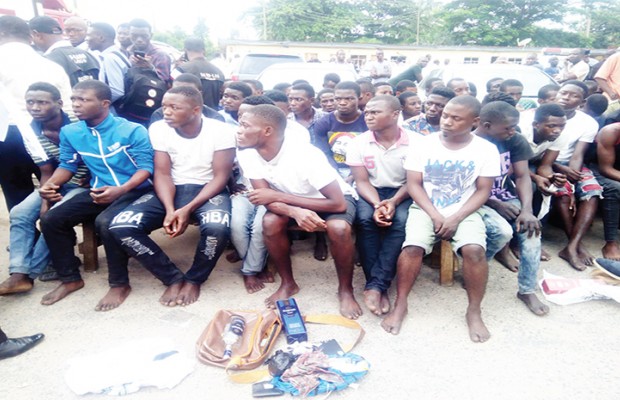 Danger was averted by men of the Delta police command Ughelli division and members of the local vigilante group when suspected cultists from schools in the state disrupt the inter-house sporting event of Ughelli Mixed secondary school.

The students who hurriedly left their school to prevent being attacked by cultists were seen at various roads after policemen barricaded the streets.

Speaking on the involvement of secondary school students in cultism, a community leader and the school teacher blamed the state government and teachers.

It will be recalled that some secondary schools in Warri have been involved in cult-related issues, while the government has done little to prevent the increase of cult-related cases in schools.