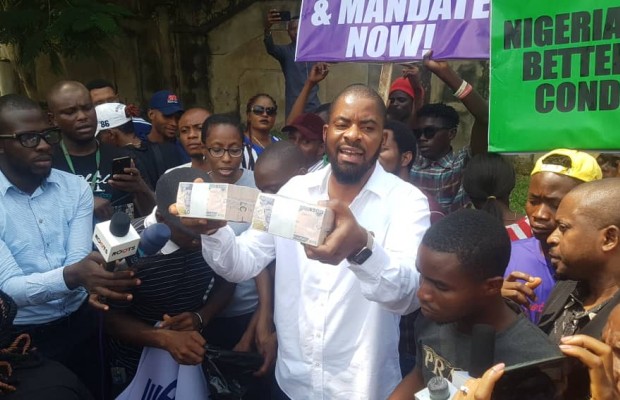 Protesters calling for the release of Omoyele Sowore and Olawale Bakare of the #RevolutionNow Movement say they were given N1million by an unidentified group of persons to ensure they do not hold the sit-out protest at the Headquarters of the Department of State Services this Tuesday.
Galaxy's Godfrey Eshiemoghie who is at the scene of the protest which currently underway reports that the head of the protesters, Deji Adeyanju told Journalists that the said money was given at gunpoint, revealing that his life and those of others in the call for Sowore's release is under threat.
The call for the release of the Convener of the #RevolutionNow Movement comes on the heels of the group having met the bail conditions, and the claims by the DSS that no one has come to secure his bail.