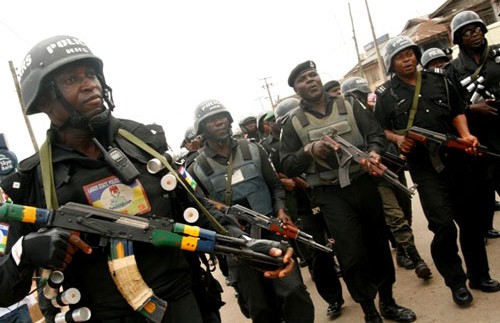 The Nigeria police Ondo state command has recorded another feat by apprehending some armed robbers that have been terrorising Akure and it`s environs.

Among suspected robbers paraded to newsmen at the police headquarters in Igbatoro, Akure the state capital are three man-gang that specialised in stealing heavy duty power generator and the buyer of such stolen goods who is based in Asaba, Delta state.

Addressing journalists, the commissioner of police,Ondo state, Gbenga Adeyanju said no matter how hard criminals proved to be, the state police will not rest until the state is completely save from criminality.

Semiu Oyebamiji who lives in Iwo, Oyo state revealed that his car was snatched from him at gun point in Ife March this year.

The car was later found in Akure seven months later.