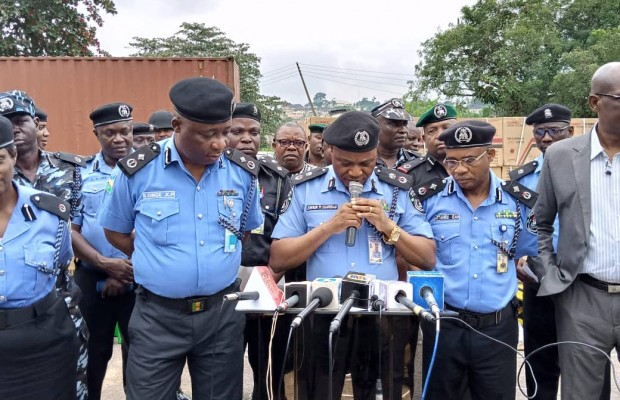 The Commissioner of Police in Oyo State, Shina Olukolu has paraded 29 suspects including 10 who allegedly diverted good worth millions of naira.

Parading the suspects before Journalists, Olukou disclosed that 410 new generators and 560 gallons of engine oil were recovered from the suspects that diverted the goods. Commissioner of Police disclosed that his men also recovered 13 brands of motorcycles from a suspect identified as receiver of stolen goods

Correspondent Kunle Ojo reports that members of a kidnapping gang operating around Igboora and Eruwa axis of the state were also paraded by the Commissioner of Police who disclosed that another member of the gang is now in the prison.

In all 29 suspects were paraded with 24 arms, 23 ammunition, 8 vehicles and 15 motorcycles.