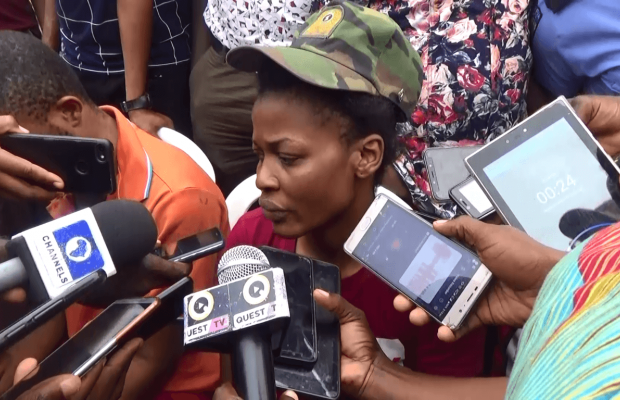 The suspect and nineteen others were parading with recovered arms, ammunition and recovered cars at the police headquarters in Port-Harcourt.

Briefing newsmen, the state police commissioner Usman Belel narrated how the suspects were arrested as a kidnap victim recounts her ordeal.

The suspects spoke on their involvement in criminal activities before their arrest by operatives of the state police command.

The police commissioner said the suspects will be charged to court at the conclusion of the investigation, a total of twenty suspects were paraded while 187 arms, ammunition and other items were recovered.