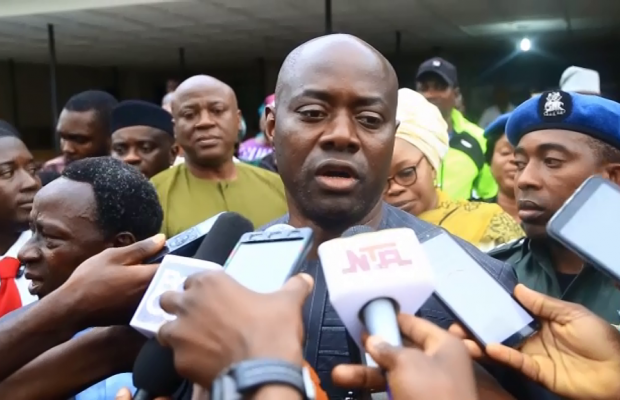 Speaking at the executive council chambers in Ibadan, the state executive vowed to work harder to improve the state’s internally generated revenue as well as ensure that the financial projection for the year makes a meaningful impact on the people.

Correspondent Kunle Ojo reports that Makinde explained that the previous budget template left by the previous administration was grossly over-bloated, unrealistic and was sure to make poor performance.

He, however, implored the state’s ministry of budget and planning to put the interest of the teeming masses on the front burner.

The Governor explained that the ministry of finance was carved out of the ministry of budget planning with the intention of ensuring that budget estimate reflects the reality on ground while the Speaker of the State House of Assembly, Hon. Adebo Ogundoyin says the budget was reviewed in order to reflect the present status of the state.

The 2019 budget was revised from its previous N285 Billion naira to N182; Speaker of the state house of Assembly said the action of the legislature is following up with the fiscal reality of the state as well as following-up with the Oyo State road map.