Over 3,569 ammunition recovered from bandits 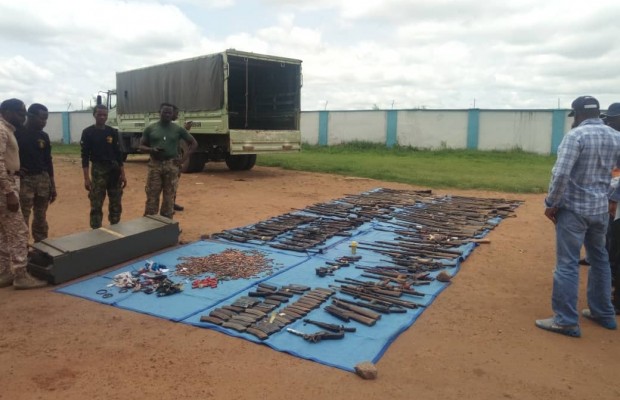 Major General Adeyemi Yekini, the force commander of operation whirl stroke, says a total of 178 assorted weapons and 3,569 ammunitions of different calibers were recovered from bandits in the last one year form three states of Benue, Nassarawa and Taraba.

It also recorded the arrest of 171 militia elements, Over 140 bandits neutralized during encounters with OPWS troops in the three states, while over 250 thousand IDPs have returned home since the inception of OPWS, (215,000,_Benue, 30,000 in Taraba and 5000 in Nassarawa States.

The force commander, restate its commitment to continue to maintain peace and security in the three states, while also thanking the Federal and state government for their support and success in the last one year of its operations.