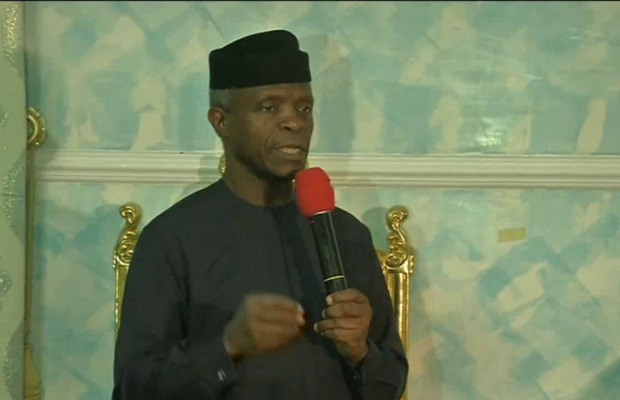 The vice president gave the charge during his visit to Ogulagha community in Burutu local government area of Delta state, where he commissioned road projects by the Delta state government.

Speaking at the palace of the traditional ruler of the kingdom, Osinbajo said the NDDC has not lived up to expectation, as Governor Okowa spoke on the commissioned project.

High point of the visit was the commissioning of the Ogulagha and Okerenkoko roads in the coastal community by the vice president.