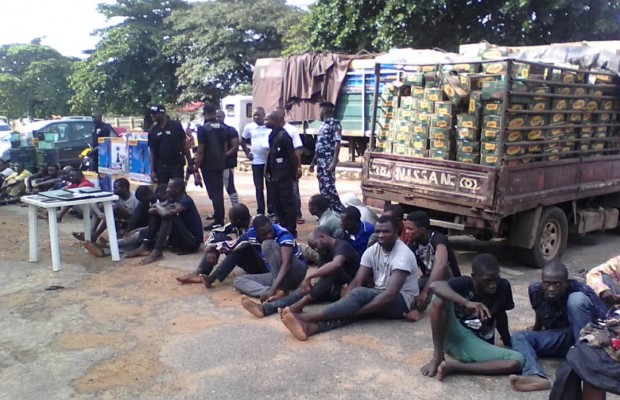 Officers and men of the Oyo State Police Command have arrested 26 suspects for attempting to take over parks and garages in the state.

The Commissioner of Police in the state, Shina Olukolu who paraded the suspects at the Command headquarters in Eleyele this morning says the Command will not allow criminal activities to thrive in the state.

He disclosed that dangerous weapons were recovered from the suspects stressing that activities of NURTW remain banned in the state.

Other suspects were also paraded for stealing, armed robbery, diversion of goods among others.